Bracknell is home to a growing Nepali community. It is situated in the county of Berkshire in South East England and lies 11 miles to the east of Reading, 9 miles south of Maidenhead and 34 miles west of central London.

It is known that Nepalese people began settling in Bracknell and the immediate surrounding areas as far back as 30 years ago. From a few households then to what is currently believed to be upwards of several hundred households.

Non Gurkha (civilians) Nepalese population comprises of individuals and families who immigrated to the UK in their own respective professional capacities subsequently settling in Bracknell. 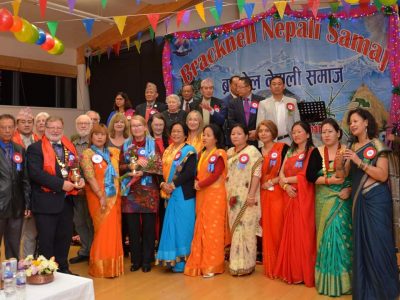